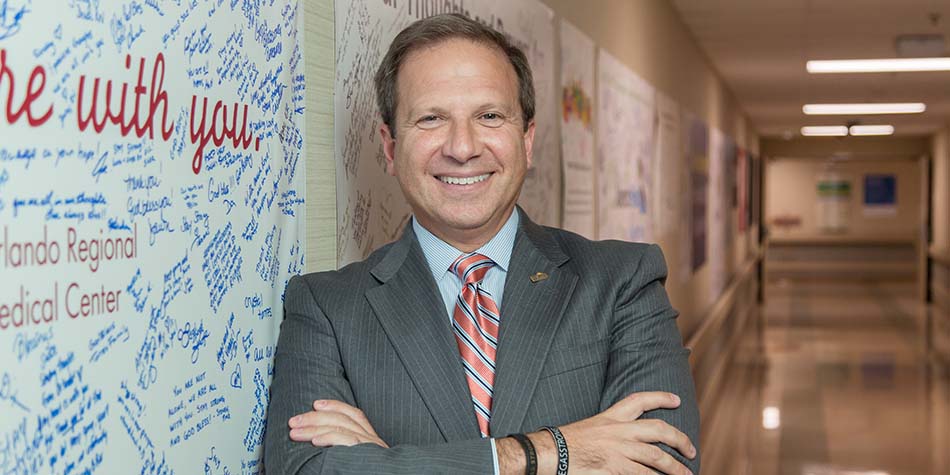 For those of us at Sunrise Hospital & Medical Center, the largest acute care facility in Nevada, our physicians, the first responders, and the entire Las Vegas community... never could we conceive of the 1 October tragedy.

It would have been a regular Sunday night in our Emergency Room and Trauma Center. As chief executive officer at Sunrise Hospital, it's not uncommon for me to be paged during singular emergency events, an inevitable injury occurring in large crowds gathered to celebrate a sporting event or music festival, e.g., a broken limb, an altercation between fans or perhaps a bus crash requiring our Trauma Center.

Then there was the page I received during the Route 91 Harvest festival on 1 October 2017, which is forever engrained in my memory. I knew with absolute, unfaltering certainty that our team was prepared to meet the challenges to come. Yet, the scope of which was beyond all comprehension.

Over the past two years, many times I’ve been approached and asked the questions, “How do you describe the events? What did you see around you?” I've spent a lot of time pondering that night and our response. I witnessed three things: strength, perseverance and hope. At every turn.

I saw strength, perseverance and hope in our teams, our patients and their families. Our team's strength got us where we needed to be in terms of providing care for the 124 patients who were shot that time, the 240 patients we treated and the hundreds of family members that we also needed to care for.

Communicating in a sea of fear and uncertainty

I could never imagine what those families were going through. Here were these families visiting and celebrating in a distant city when the attacks struck and --- at least the vast majority --- were not familiar with Las Vegas, Las Vegas healthcare or Sunrise Hospital, not even knowing if their loved ones were at Sunrise Hospital or elsewhere in Las Vegas. They didn't know if their loved ones were alive or tragically perished during that day.

Around midnight October 2, we gathered all the family members who were in the waiting room, ER and elsewhere throughout the hospital in our auditorium. I recall ever so vividly walking down to the auditorium thinking, ldquo;What do you say to a room full of family members who don't know if their daughters, sons, wives, husbands, moms, dads, cousins, partners and friends are alive? They have no information.rdquo;

I entered and stood in the middle of an overflowing auditorium filled with at least 300 family members, each searching for answers. All eyes were on me. The silence was unlike anything I've ever experienced. I spoke to the families about where they were, who Sunrise Hospital is and attempted to give them some sense of hope that their family members were alive and that they would be provided the best medical care and traumatic care available anywhere. And knowing at that point that 92 of our patients had no identification at all.

My updates to the families continued every 30 minutes, providing as much information as we had, offering a way of giving folks hope in the darkest of times.

The identification process was one of the biggest challenges. During the attack, clutches, purses and wallets were displaced. Our team found answers using an old fashioned approach --- matching families’ descriptions and photos against our team's own visual descriptors - helped us identify the patients (tattoos and piercings became definitive identifiers). Assembling all the pieces took about six hours, but we did it.

It was so important, from my perspective, to also be with our team. Once the situation got under control, which took a few hours just in terms of the influx of patients, I spent the vast majority of time up on the floors in the units with our teams and family members with patients. Expressing gratitude to our team for being there at the right time was mission critical. Many people may not have considered the traumatic stress our team experienced that night, so being there for them was a must. And being certain we had all the resources needed as this was going to last an extended period of time.

No hospital in the history of the United States took care of more gunshot victims at one time than Sunrise Hospital did on that night. It was thanks to having the right team at the right time at the right place. Our entire care team did such a remarkable job and it all started with how we initially established our triage process in the ER. It was very similar to how one triages in combat situations, which enabled us to care for an unprecedented number of patients.

Learning from our response

At Sunrise Hospital, we feel a great sense of responsibility to share locally, regionally and nationally what worked and what we saw as opportunities to improve. Unfortunately, in this country and throughout the world it's not if this is ever going to happen again, but when. We invested quite a bit of time over these last two years educating and providing information to the National Institutes of Health and varying emergency preparedness organizations throughout the country. From the New York City Emergency Preparedness team to local EMS, FEMA and multiple organizations, we shared our best practices in hopes of helping others be best prepared.

In the next two months, we’re going to have the privilege of opening up a 250,000 square foot addition to Sunrise Hospital & Medical Center. While we have some great space in our new tower, designed with many of the lessons we learned on 1 October, it's also about the processes we put in place. The bricks and mortar and designs of the units are important, but to me, the most important piece is the training for our team. And we are so fortunate to have the best team here at Sunrise Hospital, not just in Nevada, but in the country. I am just so proud of what we do each and every day.

TODD P. SKLAMBERG is Chief Executive Officer at Sunrise Hospital & Medical Center, Nevada’s largest acute care facility at 690 beds, and Sunrise Children's Hospital located on the same campus. He currently serves as a member of the Executive Committee for the Nevada Hospital Association and is also active with the Las Vegas Metro Chamber of Commerce, where he serves as a member of the Governmental Affairs Committee. 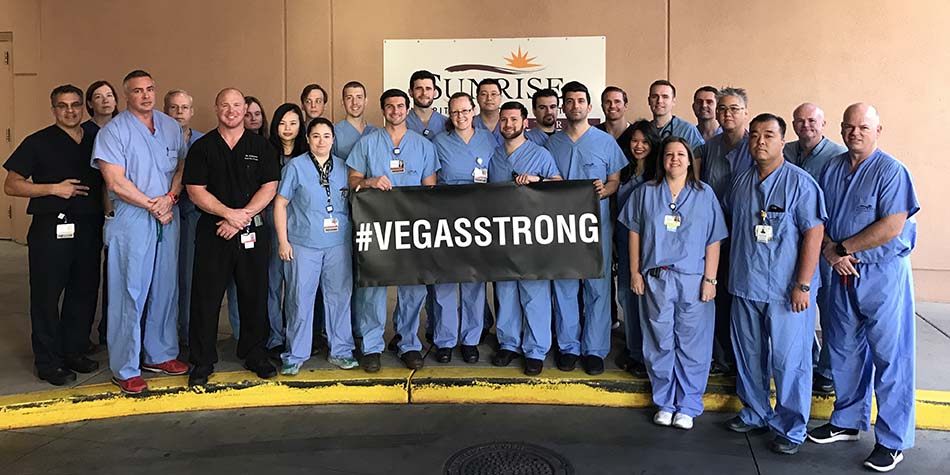 Some of the Trauma Team, surgeons and residents who provided care on 1 October 2017 and beyond.

How having a pet can help your mental health

October 14, 2019
Having a pet can help keep you physically active. The companionship and love they offer can also boost your emotional and mental health. Here's...
Previous Post

Shock therapy isn't what you think it is

September 23, 2019
Learn the history of electroconvulsive therapy and how it can help treat severe depression and some other mood disorders, safely and effectively...
Next Post
Back to blog home

How to find the right therapist

Kratom: the risky new substance you need to know about