Can a walk in the woods really make you happier? 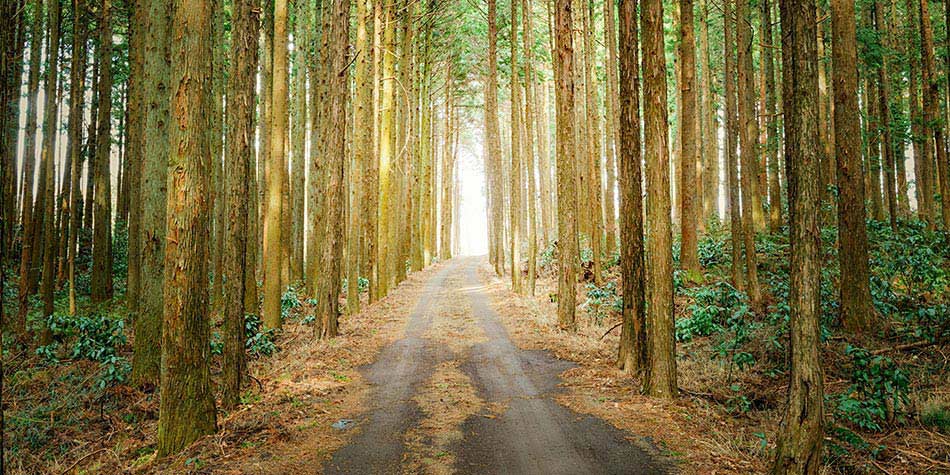 In an age of constant distraction — an endless barrage of pings from your phone, the hyped-up 24-hour news cycle, electronic music blasting from every store you visit — it’s understandable that anxious and stressed people across the globe are looking for new ways to calm their minds. One method that has gained traction in recent years involves nothing more than a quiet, meditative walk in the woods.

It sounds at once both simple and revolutionary, but does this practice — rooted in the Japanese tradition of shinrin-yoku, or “forest bathing” — really work?

Research into benefits is promising

Forest therapy, as the practice is also known, has become so intriguing to Americans that there are now training programs for official forest therapy guides. Researchers have also been taking a serious look at the potential benefits. Though most of the research is fairly young — and there is a lack of large, long-term, rigorous studies that can help establish real health outcomes — some of the potential benefits are intriguing.

It helps decrease negative thoughts. A Stanford University study published in 2015 in “Proceedings of the National Academy of Sciences” looked at how a 90-minute walk in nature affected city dwellers’ levels of self-rumination, or obsessive negative thoughts that can plague the mind and are often a predictor of depression. The people who walked in nature had lower levels of self-rumination afterward than those who took the same-length walk through an urban area.

It could improve your mood. A 2017 study of middle-aged and elderly adults published in the “International Journal of Environmental Research and Public Health” found that after a short, guided forest walk, participants said their positive mood and sense of vigor increased, while negative emotions — including tension, anger, fatigue and confusion — decreased.

It may defuse hostility and stress. In a larger Japanese study published in 2007 in the journal “Public Health,” nearly 500 healthy volunteers were evaluated before and after a nature walk and on a non-nature day. Their self-reported scores for stress and hostility were significantly lower after their immersion in nature.

How does forest therapy work?

Experts say that by using all five senses to absorb the natural world, the body’s stress response is tamped down — similar to the calming effects of mindfulness and meditation. Relatedly, by focusing on the beauty that is right in front of you, you may be able to stop your brain from worrying about the past or fixating on the future.

Seeking out this connection with nature — and the benefits that may accrue — is increasingly important, given that more and more Americans live in urban areas, often removed from the calming effects of nature. Nearly 63 percent of the population lives in cities covering a mere 3.5 percent of the country’s land area, according to a 2015 report from the U.S. Census Bureau.

Just remember that forest therapy — as blissed-out as its devotees may claim to be — is no cure for depression or anxiety. If you have a bad mood that lasts for two weeks or more, or you find that feelings of agitation or sadness interfere with your ordinary life that cause you to withdraw from the people and things you enjoy, speak with a medical professional about what treatment you may need.

If you’re interested in giving forest therapy a try, it’s best to make it a regular practice and not just a one-time event.

Turn off your phone. Perhaps the most important thing you can do to fully absorb the beauty and tranquility of nature is to leave your phone at home or in the car. The last thing you want is to be tempted to check your phone. (If you’re worried about losing your way in the forest and need the security of your GPS, pack the phone in your backpack, turn off the ringer and only take it out in an emergency.)

Use all five senses. This is the essence of Japanese “forest bathing” — the deepest experience and greatest benefits come from completely immersing yourself in nature. Take the time to behold the scents of flowers and pine leaves, the sound of creatures scampering through the undergrowth and the wind blowing through the leaves, the rough feel of tree bark. Your entire body and soul should feel bathed in the world around you.

For a deeper experience, consider a therapy program. While anyone can experience the benefits of walking through nature on their own or with friends, trained guides can lead you through therapeutic exercises and in-depth workshops. The Association of Nature and Forest Therapy Guides and Programs has links to help you find guides, events and experiences worldwide.

Can this drink increase your risk of stroke?

July 22, 2019
These drinks may give you a burst to meet a deadline, but consuming them is linked to serious health problems, including an increased risk of...
Previous Post

July 8, 2019
Certain diets like Keto and Whole30 suggest that ghee is a healthier cooking oil. But ghee is really just clarified butter, so is this really...
Next Post
Back to blog home

Can acupuncture ease your chronic pain?

How to handle your grief during the holidays

Are these household chemicals bad for your health?